Records , won a Grammy Award for the show's cast. The series was notable for its extensive, innovative use of early computer-generated imagery , especially Scanimate , a then-state-of-the-art analog video-synthesizer system. They were often used for presenting words with particular sounds. Sometimes a cast member would be seen alongside or interacting in another way with a word animation. A total of episodes were produced in the show's six-season run, per season. As with Sesame Street, each episode of The Electric Company was numbered on-screen instead of using traditional episode titles.

Seasons One through Four were numbered 1— — Season five was numbered 1A—A — , while season six was numbered 1B—B — The last two seasons were designated as such because they were designed as year-long curriculum for schools. Starting with season three, a show's number would be presented in the sketch-of-the-day teaser segment, a parody of soap-opera teasers, which would highlight a particular sketch that would be shown during that episode.

The voice of a cast member would say a variant of, "Today on The Electric Company, the so-and so says, ' bleep ,'" and the action would freeze as the graphic of the word of the day or a card with the word of the day printed on it became visible to viewers. The redacted words were replaced by a series of Minimoog sounds roughly mimicking the modulation of the word or phrase in question so children could guess them. The still action would linger on the screen for several seconds, then fade to black, where the show number would become visible in a Scanimate animation in a random color.

The music for this segment was a repetitive, funky instrumental groove featuring a call-and-response between horns and a scratchy wah-wah electric guitar. The next-show teaser, which was introduced in season two without music, worked in the same way, and usually used a different take of the music heard during the sketch-of-the-day teaser, except that the voice said "Tune in next time, when In season one, however, after the title sequence, the sound of a striking match would be heard, and a fade-up from black would reveal a hand holding a lit match and "Show x " handwritten on a piece of paper that was placed in such a way so that it could blend with the surrounding objects in-frame.

Instead of the next-show teaser, Ken Roberts's voice could be heard, saying, "And now, the last word," and the trademark light bulb would be shut off by a hand doing whatever the last word was. In season two, after the opening sequence the words "The Electric Company" would disappear from the logo, and the show number would appear in its place through the use of a Scanimate animation and an electronic whooshing sound.

Notably, some episodes in seasons three through five had serious technical errors with either their sketch-of-the-day teaser segments or their next-show teaser segments, which was probably because of the failure of the linear analog video -editing equipment.


Episodes that have these errors in their sketch-of-the-day teasers include , , 1A, 8A, and 15A—sometimes the music started too late, ended too early, or played too long; sometimes the errors are negligible, with the teaser music only playing a fraction of a second longer than usual. For season six, because the teaser music was changed to a shorter, self-contained composition, these errors do not occur, with the exception of the teaser of 33B shown at the end of 32B available on iTunes , where the teaser was accidentally cut by a fraction of a second.

The Electric Company was canceled in at the height of its popularity. Unlike its counterpart Sesame Street , which licensed its Muppet characters for merchandising, The Electric Company never had a stand-alone brand or character that could have helped to generate additional profits. The only significant items the show licensed were comic books and a Milton Bradley board game of the Fargo North, Decoder character. Licensing rights were also granted to Mattel Electronics for two educational-based video games for the Intellivision console in In addition, the PBS stations and statewide networks that aired the show often complained of the Children's Television Workshop "soaking up so much money in public television", said veteran television producer Samuel Gibbon, who worked on the show.

By that time, Sesame Street was a cash fountain for the Workshop. The show was almost supporting itself by then with all the productions, books, records, and games.

There was no way, it was felt, that they could reduce the number of original shows of Sesame Street. But the thought was that if we produce two final seasons of The Electric Company that were designed to be repeated, that would give the show four more years of life. The final episode of The Electric Company featured a short musical and dance number featuring the final cast members with the exception of Rita Moreno, Bill Cosby and Lee Chamberlin, who did not take part in this episode including the then-current members of the Short Circus.

The lyrics of the song summed up the closure of the series:. We're glad you came to call. We really had a ball. The show is done; we hate to run; we're sorry, but that's all. Following the last original episode on April 15, , The Electric Company continued on PBS in reruns until the fall of , which gave the show about the amount of life expected at the time after production ended, with the final two seasons 1A through B shown in rotation.

The earlier shows did not resurface until February 2, , when the Noggin network, which was partly owned by Sesame Workshop at the time, rebroadcast the show as a result of its co-ownership of the network. A two-hour feature-length compilation special, which was aired on TV Land , re-introduced the series to a new generation. Noggin ran 65 select episodes until , when they were pulled from the program lineup because Sesame Workshop sold its half of the network to Viacom , which already owned the other half.

The shows were cut subtly to fit Noggin's shorter running time and free up time for various interstitial segments produced for the network. These deletions included the episode numbers, the Scanimate word animations, the segments of up to 15 seconds, and the teasers of the next episodes in seasons 2—6. During the same period as the Noggin rebroadcasts, numerous fans of the program produced QuickTime and MP3 clips from the Noggin rebroadcasts, old over-the-air recordings, and, in some cases, from master recordings. 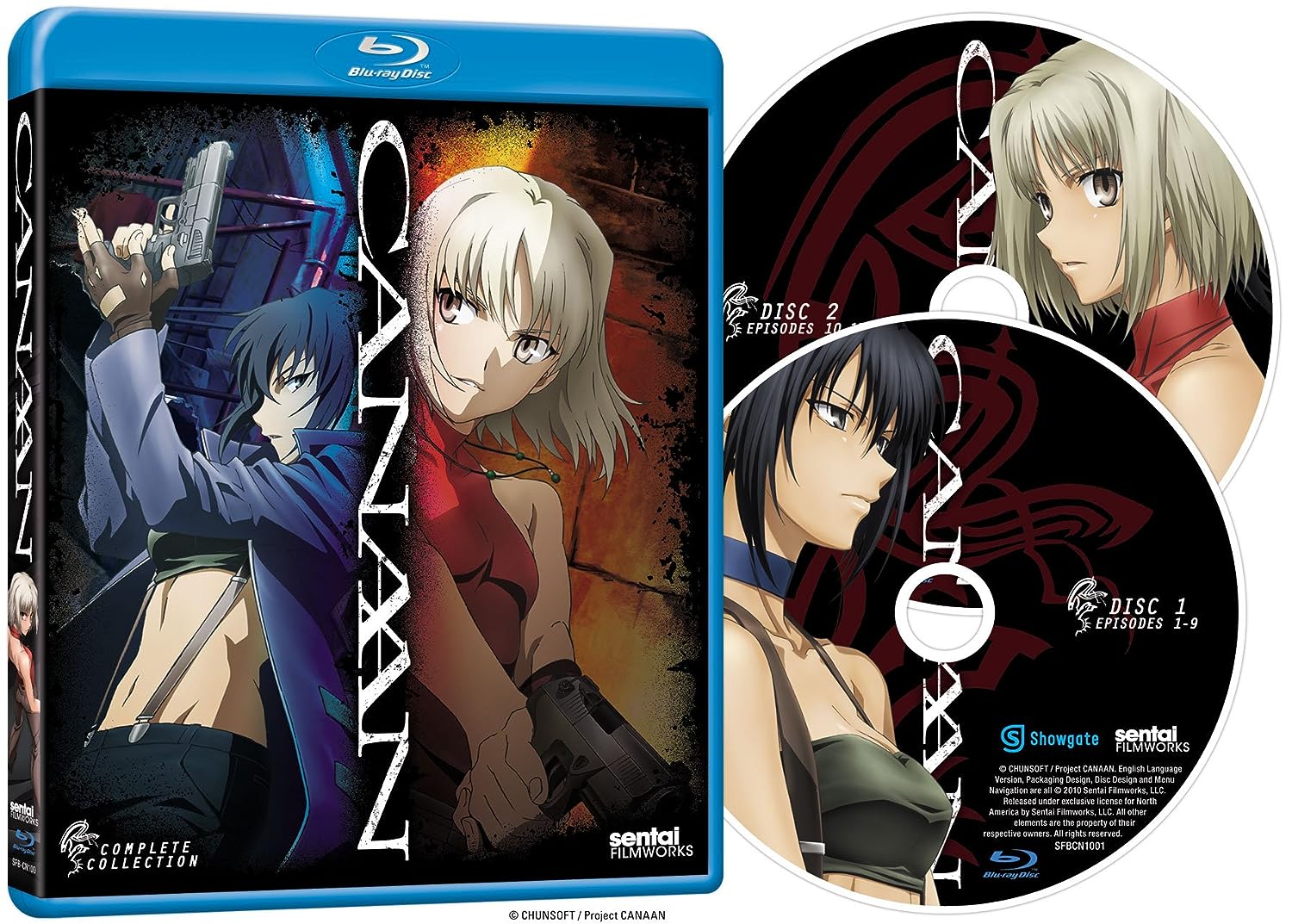 These were hosted online at various places and received heavy attention from the blogosphere e. The series was not seen since it was pulled from Noggin's schedule until Sesame Workshop, under license to Shout! Factory and Sony BMG Music Entertainment , released a DVD boxed set on February 7, , called The Best of the Electric Company that included 20 uncut episodes [ citation needed ] from throughout the show's run, including the first and last episodes, plus outtakes and introductions and commentary by Rita Moreno and June Angela.

Due to the overwhelming—and somewhat unexpected—popularity of the initial DVD release, a second boxed set was released on November 14, The Best of the Electric Company: Volume 2. This second volume contained 20 episodes from seasons one through five plus a minute documentary on the effects of in-school viewings of The Electric Company from However, the original content of nine episodes presented in this set were altered.

In some cases, material that was originally broadcast in a particular episode was removed completely while material from other episodes was included. For example, 60A originally contained the Spider-Man episode "Spidey Meets the Prankster" and used a scene from that sketch as the opening teaser, which was removed completely after the opening credits, leaving only the episode number. Also removed following the Letterman sketch in this episode was the clip of the Short Circus singing "Stop!

Coyote cartoon. These altered episodes also contain special effects used to segue from one sketch to another that were not used in the show's original run. The other altered episodes are , , , , 35A, 57A, 77A, and A. It is believed that these changes were probably made to avoid repeats of segments that were on the first DVD set, but it is more likely that it was due to ownership rights—the segments that were used to cover up the material not under Sesame Workshop's control Spider-Man, Road Runner and Wile E.